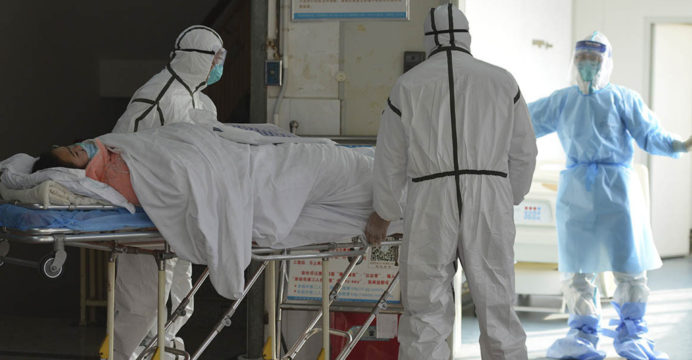 More than three billion people around the world we’re living under lockdown on Wednesday as governments stepped up their efforts against the coronavirus pandemic which has left more than 20,000 people dead.

As the number of confirmed cases worldwide soared past 450,000, UN Secretary-General Antonio Guterres warned that only a concerted global effort could stop the spread of the virus.

In Spain, the number of fatalities surpassed those of China, where the novel coronavirus first emerged three months ago, making it the hardest-hit nation after Italy.

A total of more than 20,800 deaths have now been reported in 182 countries and territories, according to an AFP tally.

Stock markets rebounded after the US Congress moved closer to passing a $2.2 trillion relief package to prop up a teetering US economy.

In Washington, President Donald Trump said New York, the epicenter of the US outbreak with over 30,000 cases, likely has a few “tough weeks” ahead but he would decide soon whether unaffected parts of the country can get back to work.

“We want to get our country going again,” Trump said. “I’m not going to do anything rash or hastily.

“By Easter we’ll have a recommendation and maybe before Easter,” said Trump, who had been touting a strong US economy as he faces an election in November.

UN chief Guterres said the world needs to ban together to stem the pandemic.

“Global action and solidarity are crucial,” he said. “Individual country responses are not going to be enough.”