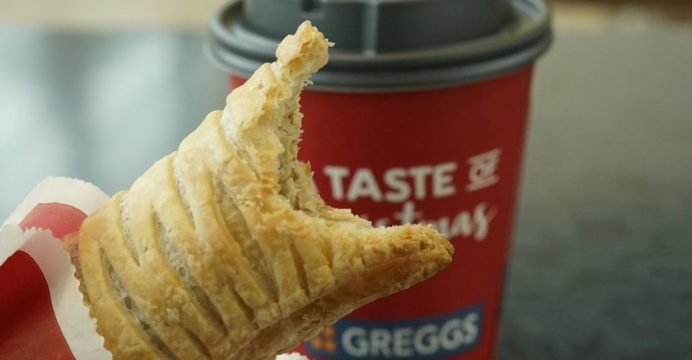 Greggs to close its shops temporarily to help fight coronavirus

Greggs has become the latest food retailer to say it will close its shops temporarily to help fight coronavirus.

The bakery chain, which has more than 2,050 outlets, said all shops would shut on Tuesday night to help maintain social distancing, reports BBC.

Greggs, which has about 25,000 employees, had already converted its stores to provide solely a takeaway service.

But it said: “It is now clear that to protect our people and customers we need to go further and temporarily close our shops completely.

“During this period, with support from the government’s Coronavirus Job Retention Scheme, we intend to maintain employment of colleagues at full contract hours for as long as is practicable.”

McDonald’s had earlier said it would close all 1,270 of its restaurants in the UK by the end of the day, affecting 135,000 workers.

The chain said staff employed directly by the company would receive full pay for their scheduled hours until 5 April.

McDonald’s UK boss, Paul Pomroy, said: “Over the last 24 hours, it has become clear that maintaining safe social distancing whilst operating busy takeaway and Drive Thru restaurants is increasingly difficult and therefore we have taken the decision to close every restaurant in the UK and Ireland by 7pm on Monday 23 March.”

Nando’s, which has around 19,000 staff, said its bosses had “decided that the best course of action right now is to temporarily close our restaurants”.

Pizza Express, which employs 14,0000, will also close all of its stores until it is safe to open them again, and will not be offering home delivery.

Others that have announced temporary closures include:

They join big retailers like Ikea, John Lewis and Topshop who have also said they’ll be shutting down for a while.

All of them have said they want to protect the wellbeing of staff and customers.

“Whilst we are closed we’ll continue to do everything we can to look after our people, who are being wonderful, strong and supportive,” he said in a statement.

The hospitality industry, which was already struggling from slowing consumer demand, has been put under severe pressure by the coronavirus outbreak.

On Friday, Chancellor Rishi Sunak announced the government would pay 80% of wages of furloughed employees, up to a maximum of £2,500 a month.

The move will not, however, cover self-employed and “gig economy” workers, unless they are paid via their company’s PAYE system, as is the case at McDonald’s.

On Sunday, a Treasury spokesman said the government had strengthened the safety net for the self-employed under universal credit, and was deferring income tax self-assessment payments.

“We have always said we will go further where we can and are actively considering further steps,” the spokesman said.