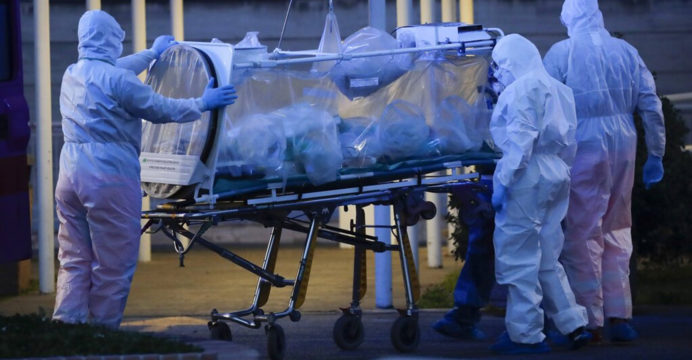 The grim toll of coronavirus deaths in Italy, the world’s worst-hit nation, surged past 4,000 on Friday as New York and other US states joined California in ordering a lockdown to try to bring the pandemic under control.

While new infections were being detected around the globe, the World Health Organization said the central Chinese city of Wuhan, where the pandemic began in December, offered a glimmer of “hope for the rest of the world”, with no fresh cases reported.

As Italy reeled from its worst single-day toll with more than 600 deaths, worldwide fatalities swept past 11,000, with the number of infected people topping 258,000, according to an AFP tally.

Governments and central banks continued meanwhile to throw huge sums of money into the economic battle, hoping that a deep global recession could somehow be dodged.

US President Donald Trump applauded decisions by the governors of New York and California to order residents to stay home but said he did not think a nationwide lockdown was needed.

“I don’t think we’ll ever find (a US-wide lockdown) necessary,” he said, adding that the United States was “winning” the war against the virus.

The stay-at-home orders put the three most populous cities in the United States — New York, Los Angeles and Chicago — under lockdown.

Britain, falling in line with its neighbors in the European Union, also announced tougher restrictions, telling pubs, restaurants and theaters to close and promising to help cover the wages of affected workers.

Italy reported its worst single day, adding another 627 fatalities and taking its reported total to 4,032 despite government efforts to stem the spread.

The nation of 60 million now accounts for 36 percent of the world’s coronavirus deaths and its death rate of 8.6 percent among those registered with infections is significantly higher than in most other countries.

France on Friday reported 78 more deaths over the last 24 hours, bringing the death toll there to 450.