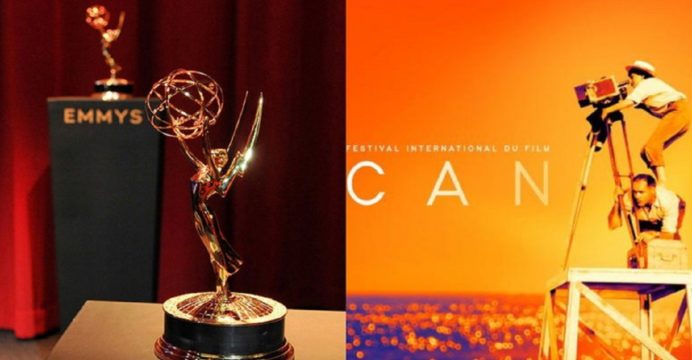 France’s Cannes Film Festival and the US daytime Emmy TV awards are the latest events being postponed to delay the spread of coronavirus.

The prestigious festival, due to take place in May, may be held at the end of June, organisers said, reports BBC.

Emmys organisers said they are looking at “alternative ideas for how to best recognise the honorees”.

Cannes jury chair director Spike Lee told Variety: “The stuff that we love has to take a back seat.”

He added: “The world has changed and it’s changing every day. People are dying and France’s president has said, several times – I’m paraphrasing – ‘We are at war.’ We are in a war-like time.

“So many things have been postponed, and I agree with this move.”

Festival organisers said they are working with local and national governments and “as soon as the development of the French and international health situation will allow us to assess the real possibility, we will make our decision known”.

Lee said he will make himself available as jury head if the festival is rescheduled.

“Everybody has to pray, get on bended knee, pray, we get out of this, find a vaccine, get back on our feet – physically, emotionally and financially worldwide. This is no joke. It’s not some movie. People are dying.”

The director, who won an Oscar in 2018 for BlacKkKlansman, added that having watched US President Donald Trump’s daily press conferences, “the president of the United States needs to stop calling this the Chinese virus. Please stop doing that.”

“He’s putting Asian Americans in this country in danger,” Lee said. “That isn’t helping at all.”

Cannes was previously cancelled in 1948 and 1950 due to budgetary issues, and 1968’s festival was halted midway through due to protests.

The Emmys organisers said they “sadly cannot move forward with our planned trio of ceremonies for 2,000 attendees” but were exploring other options for recognising the winners later this year.

The Emmys honour excellence in television, much as the Baftas do in the UK.