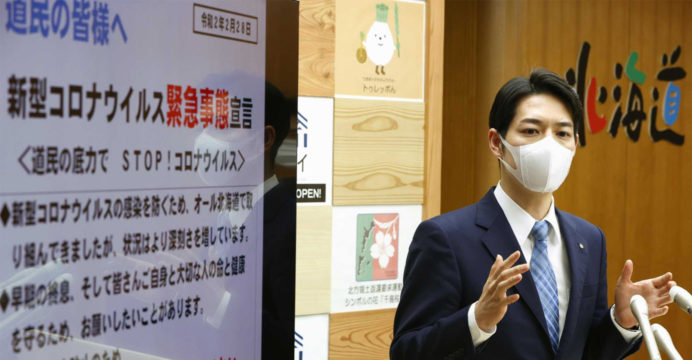 Japan’s northernmost main island of Hokkaido on Thursday lifted a state of emergency declared last month over the new coronavirus, saying it sees signs of the outbreak tapering off.

The governor of Hokkaido prefecture announced the emergency measure on February 28, as infections in the region grew.

The call urged residents to avoid unnecessary outings, though it did not come with aggressive enforcement measures of the sort being implemented now in parts of Europe.

Nearly 20 days after the declaration, there were signs the spread of the coronavirus is abating, governor Naomichi Suzuki said late Wednesday.

“We were able to avoid the situation that we initially worried about, an explosive spread of the infection leading to collapse in the medical system and a failure to save lives,” Suzuki said at a meeting of the Hokkaido government.

“We will lift (the state of emergency) on March 19 as scheduled,” he said.

“We’ve carried out powerful measures on refraining from going out, but from now on, we will move into a stage of reducing risks of the spread of infection while maintaining social and economic activities,” Suzuki told a press conference late Wednesday.

The latest figures showed 154 confirmed infections in Hokkaido including 6 deaths. Nationwide, Japan so far has 914 cases including 31 deaths.

Later Thursday, a panel of experts advising the government on the outbreak will give their assessment of the measures taken nationwide so far.

The panel is set to recommend an end to some restrictions, including school closures, and propose allowing spectators back into sporting events, according to public broadcaster NHK and other local media.

The panel is expected to advise that regions where the virus is still spreading should continue containment measures including cancelling big events, local reports said.

Top government spokesman Yoshihide Suga said Thursday the government “will review the opinions of the panel of experts and make our decisions accordingly”.

Separately, the government will hold a hearing about the economic impact from the virus later Thursday.