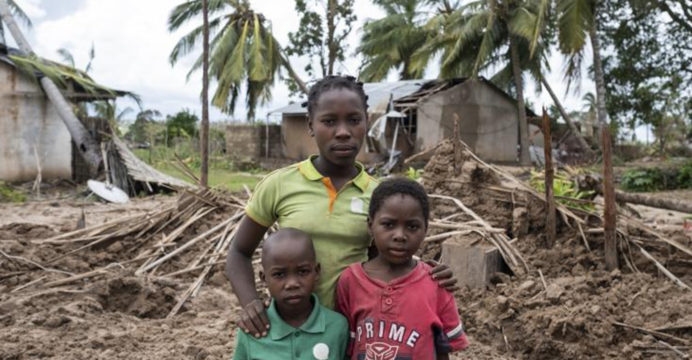 One year after Cyclone Idai, time stands still in Mozambique

It is always twenty past nine in Buzi. The clock in the humid lobby of my hotel seems to have stood still. Just like the time since I was last here. Building roofs are still missing, families whose houses collapsed still live in tents and the people I meet look tired.

One year ago, I traveled to Mozambique to help respond to the devastating cyclone that claimed more than 1,000 lives and displaced tens of thousands of people in Mozambique, Malawi and Zimbabwe. The situation at that time was catastrophic. With wind speeds of about 200 kilometers per hour, the cyclone hit the poorest in the country the hardest.

For weeks people sought refuge on top of roofs, trees and school buildings with water masses that were up to eight meters high. Hundreds of thousands have not only lost their homes in the disaster, but also all of their belongings and livelihoods.

Almost one year later, the situation only looks marginally better. Aid organizations such as CARE have reached more than 300,000 people with vital help: food, clean water and emergency shelter. But for many, the needs seem to have multiplied.

An estimated 2.5 million people, almost 10% of the population, rely on humanitarian aid, according to the United Nations. More than 1.6 million people don’t have enough food – a number that is expected to increase in the coming months. Demand is particularly high in areas affected by Cyclone Idai, which hit Central Mozambique in March, and Cyclone Kenneth, which hit the northern province of Cabo Delgado a month later.