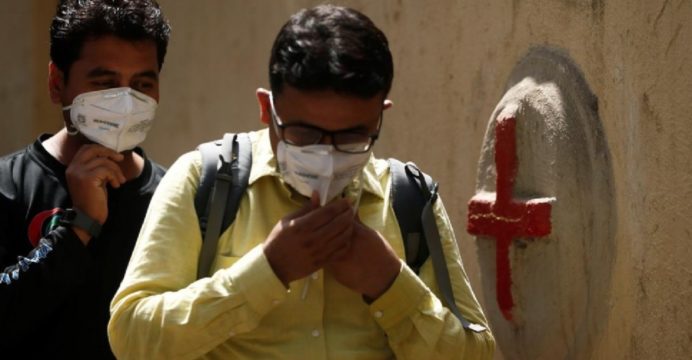 India has announced that all visas, barring a select few categories, will be suspended for a month in order to halt the spread of Covid-19.

Visa free travel afforded to overseas citizens of the country has also been suspended until 15 April. The move is expected to impact tourism, hotel and aviation industries in what will be more bad news for the slowing economy, reports BBC.

India has 60 confirmed cases of the virus, the health ministry says.

This number is expected to grow in coming days, as the results for tests conducted earlier become available.

The advisory, issued on Wednesday night, says that only diplomatic, official, employment and project visas will be exempt from the current restrictions, which will be reviewed again in a month.

However, it has said that even those allowed in could be subject to 14 days of quarantine and has warned against “non-essential travel”.

India’s health ministry says it was among the first countries in the world to prepare for an outbreak of the respiratory illness.

However, there are concerns about whether the country will be fully equipped to prevent and treat an outbreak.

“It would be near impossible for India to force its citizens into mass quarantine and hospitalise people in numbers like China,” says the BBC’s Soutik Biswas.

India’s leading domestic airline, IndiGo, has already said that it expects it quarterly earnings to be materially impacted because of the virus.

The auto industry, which is a key economic indicator, has also warned that production could be badly hit as 10% of its raw materials come from China.