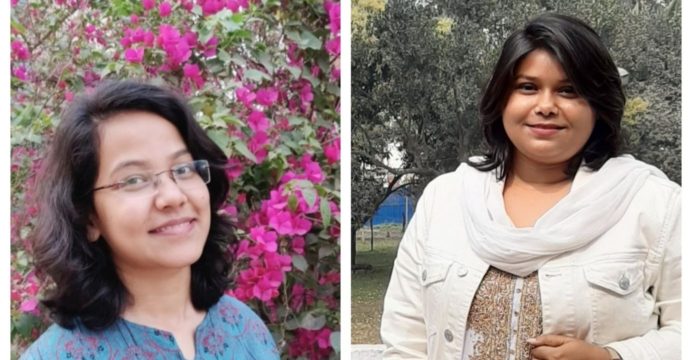 Celebrating women’s success is a key part of International Women’s day 2020. Globally this day has been celebrated on 8th March since the early 1900’s when 15,000 women marched through New York City demanding voting rights, better pay and shorter working hours. This year IWD2020 is aimed to make more visible women’s achievement and contribution in socially, economically, politically. Accelerating gender parity is also the main focus area for celebrating IWD around the world. To achieve gender equality and to pose an equitable environment especially for women, must be empowered with equal access to make decisions.

Connecting to the hashtag of IWD2020, while talking about #GenerationEquality, a simple question arises among us as an example that, is it really justified for us to ensure equal water for men and women in the climate affected area? Rahima (Anonymous) from Hatiya, Chottogram shared her struggling story. During menstruation, it is tough for her to manage enough water to clean her body, even for drinking. In a family, giving different quantities of nutritious food and water to all the family members as per their age, level of physical activity and dietary requirement of each of them is equity which is never practiced on those climate affected areas, especially in rural areas. Even the situation is vice versa sometimes, and women have to sacrifice a lot by not getting the equal portion too. As a result, “climate change is projected to increase threats to human health, especially women health”, according to the IPCC statement. WHO report on Gender and Climate Change also mentioned that because of the bad effect of climate change is causing approximately 2 million deaths a year, mainly of women and children in the developing countries in the world.

However, there is a thin line that brings out the difference between the two once more focusing on gender equality and feminism. When you are supporting the women’s rights and women’s voice, it is called feminism; mainly from the inferred meaning, causes and reasons for the two facts. Moreover, while mentioning these two facts on business parlance, men and women don’t get the same privilege and support to start a business, even in case of implementation area, the situation is vice-versa. Nevertheless, depending on the situation, equality and equity, both are not maintained simultaneously.

On this International Women’s Day 2020, we should make center of attention on #GenerationEquity rather than #GenerationEquality, so that discrimination among men and women, and even in women group can be combated gradually.

And last but not least we can say, due to climate crisis people lose their economic income-generating activities, also lose accessible health services which prone them to unhygienic life or sometimes may cause death, and risk of gender-based violence, may occur during those periods. However, these impacts might be preventable by implementing a rapid, inclusive and gender-responsive agenda by policy makers, focusing on mitigation and adapting to change climate conditions to assure climate justice and women friendly environment where every woman’s voice should be heard and their contribution and achievement should be acknowledged.