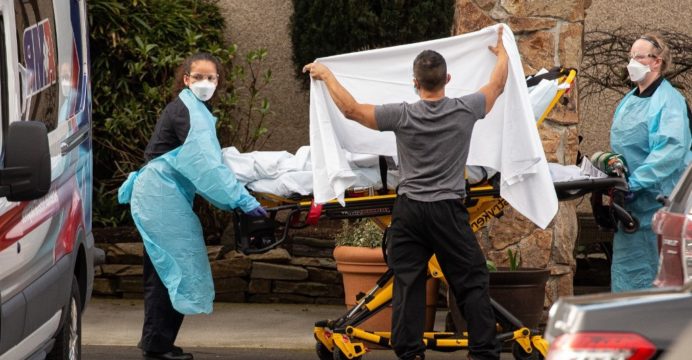 The number of deaths globally in the new coronavirus outbreak passed 3,000

The number of deaths globally in the new coronavirus outbreak passed 3,000 on Monday, as China reported more 42 deaths.

The new fatalities were all in the virus epicentre Hubei province, the National Health Commission said, bringing the overall toll in mainland China to 2,912, reports BSS.

In China, the number of reported new cases has gradually been declining, and there were only six confirmed new infections outside Hubei.

The virus emerged late last year in Hubei in central China, but has now spread to more than 60 countries around the world.

The United States and Australia reported their first fatalities over the weekend, while infections nearly doubled in the past 48 hours in Italy, Europe’s hardest-hit country.

The World Health Organization said Sunday that the virus appears to particularly hit those over the age of 60 and people already weakened by other illness.

The agency noted that most people with the COVID-19 illness only experience mild symptoms, while around 14 percent suffer severe disease like pneumonia and five percent become critically ill.

It said the mortality rate in the outbreak appears to be between two and five percent.

The seasonal flu has an average mortality rate of about 0.1 percent but is highly infectious, with up to 400,000 people worldwide dying from it each year.