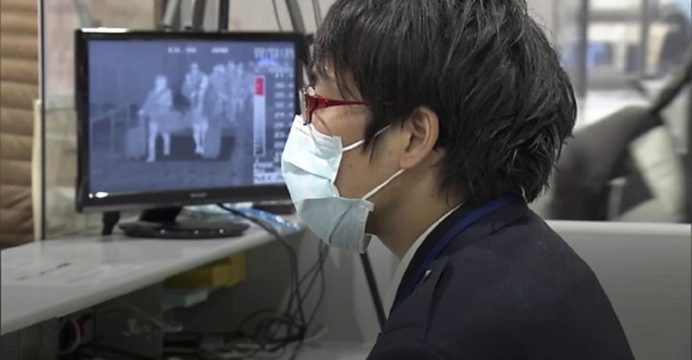 he new Chinese virus which has already spread abroad “is still preventable and controllable”, China says.

Its National Health Commission warned, however, that close monitoring was needed given the source, transmission and mutation methods were unknown, reports BBC.

Two people are known to have died from the respiratory illness which appeared in Wuhan city in December.

In its first statement since the outbreak, the body promised to step up monitoring during the Lunar new year.

Millions of Chinese travel to their families for the holiday – also known as the Spring Festival – beginning next week.

There have been more than 60 confirmed cases of the new coronavirus, but UK experts estimate a figure nearer 1,700.

Singapore and Hong Kong have been screening air passengers from Wuhan, and US authorities have announced similar measures at three major airports in San Francisco, Los Angeles and New York.

While the outbreak is centred on the central Chinese city of Wuhan, there have been two cases in Thailand and one in Japan.

Chinese officials say there have been no cases of the virus spreading from one person to another.

Instead, they say, the virus has crossed the species barrier and come from infected animals at a seafood and wildlife market in Wuhan.

The WHO’s China office said the analysis was helpful and would help officials plan the response to the outbreak.

“Much remains to be understood about the new coronavirus,” it said.

“Not enough is known to draw definitive conclusions about how it is transmitted, the clinical features of the disease, the extent to which it has spread, or its source, which remains unknown.”

WHAT IS THIS VIRUS?

Viral samples have been taken from patients and analysed in the laboratory.

And officials in China and the World Health Organization have concluded the infection is a coronavirus.

Coronaviruses are a broad family of viruses, but only six (the new one would make it seven) are known to infect people.

At the mild end they cause the common cold, but severe acute respiratory syndrome (Sars) is a coronavirus that killed 774 of the 8,098 people infected in an outbreak that started in China in 2002.

Analysis of the genetic code of the new virus shows it is more closely related to Sars than any other human coronavirus.