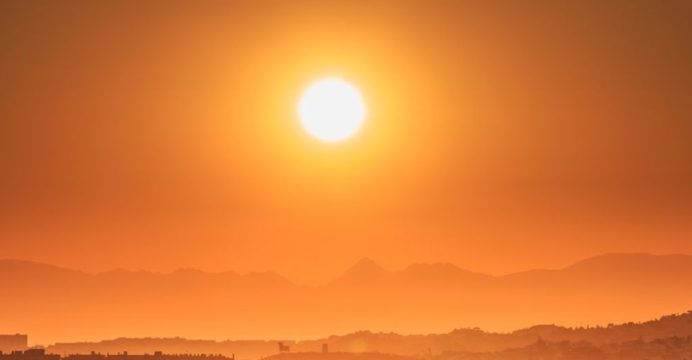 The 10 years to the end of 2019 have been confirmed as the warmest decade on record by three global agencies. According to Nasa, Noaa and the UK Met Office, last year was the second warmest in a record dating back to 1850.

The past five years were the hottest in the 170-year series, with the average of each one more than 1C warmer than pre-industrial. The Met Office says that 2020 is likely to continue this warming trend. 2016 remains the warmest year on record, when temperatures were boosted by the El Niño weather phenomenon, reports BBC.

Today’s data doesn’t come as a huge surprise, with the World Meteorological Organization (WMO) signalling at the start of last December that 2019 likely marked the end of the warmest decade on record.

The Met Office, which is involved in producing the HadCRUT4 temperature data, says that 2019 was 1.05C above the average for the period from 1850-1900.

Last year saw two major heat waves hit Europe in June and July, with a new national record of 46C set in France on 28 June. New records were also set in Germany, the Netherlands, Belgium, Luxembourg and in the UK at 38.7C.

In Australia, the mean summer temperature was the highest on record by almost a degree.

While the three different research agencies all have slightly different figures for the past 12 months, the WMO has carried out an analysis that uses additional data from the Copernicus climate change service and the Japan Meteorological Agency.

They conclude that in 2019, the world was 1.1C warmer than in the pre-industrial period.

“Our collective global temperature figures agree that 2019 joins the other years from 2015 as the five warmest years on record,” said Dr Colin Morice, from the Met Office Hadley Centre.

“Each decade from the 1980s has been successively warmer than all the decades that came before. 2019 concludes the warmest ‘cardinal’ decade (those spanning years ending 0-9) in records that stretch back to the mid-19th century.”

Researchers say carbon emissions from human activities are the main cause of the sustained temperature rise seen in recent years.

“Carbon dioxide levels are at the highest that we’ve ever recorded in our atmosphere, and there is a definite connection between the amount of CO2 and the temperature,” said Prof Liz Bentley from the Royal Meteorological Society.

Having the long term data from three different agencies with different methodologies gives them confidence in the accuracy of their findings.

“While we know that human activities are causing the globe to warm, it is important to measure this warming as accurately as possible,” said Prof Tim Osborn, from the University of East Anglia’s Climate Research Unit, which is involved in gathering the data.

“We are confident that the world has warmed by about 1C since the late nineteenth century because different methods of working out the global temperature give very similar results.”

While the figures released by the Met Office, the US National Oceanic and Atmospheric Administration (Noaa) and Nasa show the temperature recorded on the land and sea surfaces, the amount of warming going into the deeper ocean is also at record levels.

Data published this week showed that a record amount of heat went into the oceans last year. This was the biggest increase in the last decade.

While natural variability means that scientists don’t expect new temperature records year-on-year, the Met Office is forecasting that 2020 will also be very hot, with the global average temperature estimated to be 1.1C above pre-industrial levels. This suggests it will be a warmer year than the one just passed.