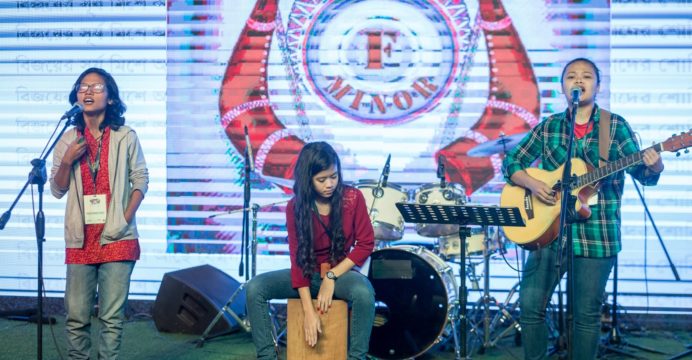 The event was held at the rooftop of Le Méridien Dhaka, venue ‘Infinity’ which started from 3:00 pm and continued until 10:00 pm on December 16.

In the event, shortlisted photographs from renowned photography clubs were exhibited in the festival based on the theme of Bangladesh Independence and Victory Day. The festival was organized by Bestcom and it was sponsored by PepsiCo.

Among all the submissions, 6 photographs were selected as the winning work and Le Méridien Dhaka has purchased all of them. Additionally, the winners were awarded crest and certificates. Popular bands like Nemesis, F Minor and renowned folk singer Kiron Chandra Roy had performed at the festival.

On this occasion, Hasan Ahmad Sajib, President, Best Holdings Limited said, “The liberation war of Bangladesh has a prominent significance in world history. Bangladesh has a rich and diverse culture. Its deeply rooted heritage is thoroughly reflected in its architecture, literature, music, painting, and clothing. So, we tried to appear with optimum effort to celebrate and showcase this beautiful culture on the very day that the country got its independence. We are extremely delighted and honored to organize these events which showcased the creativity of the citizens.”

Constantinos S Gavriel, General Manager, Le Méridien Dhaka added, “We felt ecstatic to see such a crowd at our celebration. The liberation war of Bangladesh has a very special place in the world history. As a responsible entity in hospitality industry, this endeavor is a tribute to the millions whom we lost. We are delighted to organize such events where the people of Bangladesh tried to convey their messages about independence through art and photography.”