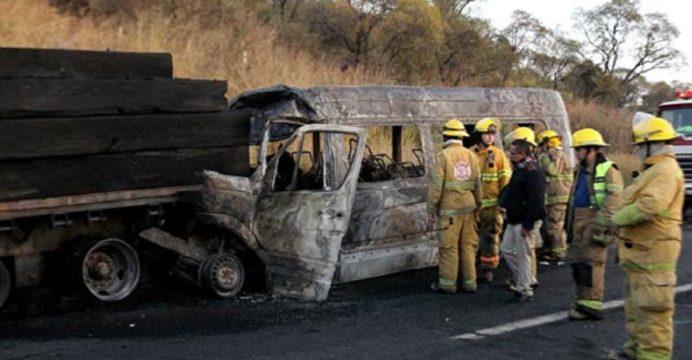 14 people killed in a mini-bus crash in Mexico

Fourteen people, including five children, were killed on Wednesday after a mini-bus ran into a lumber truck and caught fire in Mexico, authorities said.

The mini-bus carrying a family was en route from their native Guanajuato state to the Pacific beach resort of Puerto Vallarta when it crashed into the truck, which stopped on the side of the road, said state emergency authorities, adding that 12 others were injured in the accident, reports BSS.

Many of the victims were trapped inside the burning vehicle, while two in serious condition were airlifted to a hospital in Guadalajara, capital of the Mexican state of Jalisco, said officials.