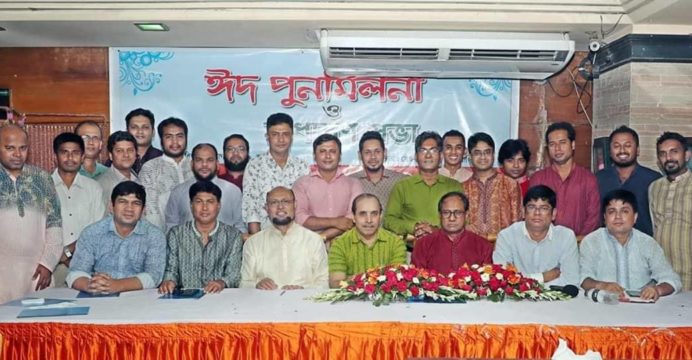 The Chandpur Journalist Forum in Dhaka gets new committee following its annual general meeting at a city hotel on Thursday.
Dainik Jugantor’s special correspondent Mijan Malik and UNB’s Mufassal editor and Head of Bangla service Rashed Shahriar Polash were respectively made the president and general secretary of the new committee.

At the end of the program, Md Abul Khayer, an advisor of the organization, announced the new committee.