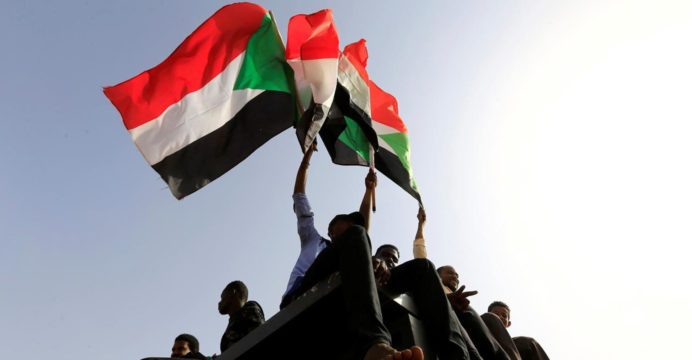 Sudan’s military rulers and the main opposition coalition initialed a constitutional declaration on Sunday, paving the way for a transitional government following the overthrow of longtime leader Omar al-Bashir.

The two sides reached agreement on Saturday on the shape of a transitional government in lengthy negotiations since Bashir’s overthrow by the army in April.

The parties are expected to put their final signatures on the agreement on Aug. 17 at a ceremony in Khartoum attended by foreign leaders.

Bashir, who is wanted for war crimes in Sudan’s Darfur region by the International Criminal Court, was deposed after months of mass protests. Continuing unrest, during which dozens of demonstrators were killed, has plunged Sudan into turmoil.

Sunday’s formalities were attended by African Union and Ethiopian mediators, who had helped broker the accord. Those present in the room clapped and cheered as army and civilian representatives held up copies of the agreement.

One of Sudan’s top generals, Mohamed Hamdan Dagalo, who is deputy head of the Transitional Military council that will be superseded by the interim government, said the agreement was a victory for Sudan.

“We have finally agreed on a constitutional document that will change the course of history for our country,” he said.

Dagalo, also known as Hemedti, commands the paramilitary Rapid Support Forces, some of whose members have been accused of involvement in killing demonstrators who have repeatedly turned out in huge numbers to press for political progress.