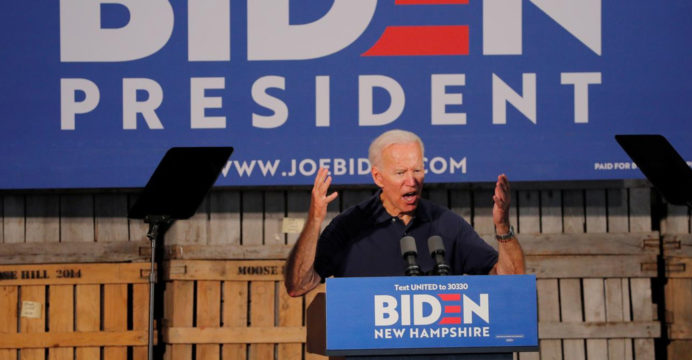 Biden, performing at a union forum in Nevada with 18 Democratic rivals, appeared fired up as he vigorously defended former U.S. Democratic President Obama and his signature legislative achievement, the Affordable Care Act, differently known as Obamacare.

“I’m against any Democrat who wants to get rid of Obamacare,” Biden, 76, declared.

Biden appeared at the forum shortly after U.S. Massachusetts Senator and progressive candidate Elizabeth Warren had given her full-throated backing to a “Medicare for All” healthcare plan, a government-run system that would remove roughly 140 million Americans from their private or employer-issued plans.

U.S. Senator Bernie Sanders from Vermont, another progressive standard-bearer and White House candidate, also backs a Medicare for All, government-run system and was due to speak at the forum.

It was hosted by the American Federation of State, County and Municipal Employees (AFSCME), the nation’s largest public-sector union with 1.4 million members and a sought-after endorsement by the Democratic candidates.