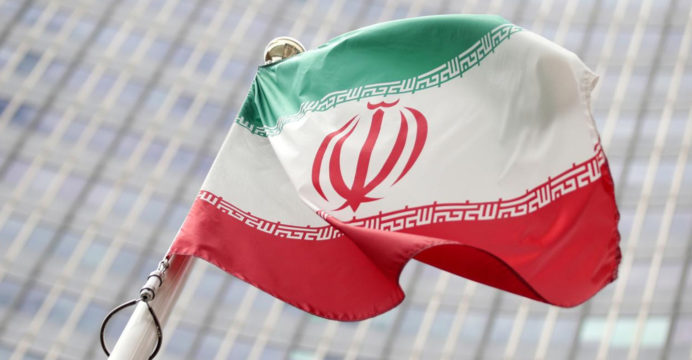 Iran said on Monday it had captured 17 spies working for the CIA and sentenced some of them to death, an announcement President Donald Trump dismissed as “totally false” amid an escalating international crisis over tankers in the Gulf.

The Iranian announcement came hours before Britain was due to unveil its response to Iran’s seizure of a British oil tanker, a move that has escalated a three-month confrontation that nearly drew the United States and Iran into a shooting war.

“The Report of Iran capturing CIA spies is totally false. Zero truth. Just more lies and propaganda (like their shot-down drone) put out by a Religious Regime that is Badly Failing and has no idea what to do. Their Economy is dead, and will get much worse. Iran is a total mess!” tweeted Trump.

Iranian state television published images it said showed CIA officers who had been in touch with the suspected spies. The Ministry of Intelligence said the 17 spies had been arrested in the 12 months to March 2019. Some had been sentenced to death, according to another report.

Such announcements are not unusual in Iran and are often made for domestic consumption. But the timing suggested a hardening of the Iranian position as the Gulf crisis escalates.

In London, Prime Minister Theresa May led a meeting of her government’s COBR emergency committee to respond to Friday’s capture of the Stena Impero tanker by Iranian commandoes who abseiled onto its deck from helicopters in the Strait of Hormuz.

British ministers were expected to unveil their plans in a speech to parliament later on Monday. Regional experts say London has few good options to exert leverage over Iran at a time when Washington has already imposed the maximum possible economic sanctions, banning Iran’s global oil exports.

But the incident may prompt Britain and other countries to be more forthcoming as Washington has asked its reluctant allies to provide more ships to help secure the Gulf.

Asked on Fox News about any possible U.S. role over the seized tanker, U.S. Secretary of State Mike Pompeo said pointedly: “The responsibility … falls to the United Kingdom to take care of their ships.”