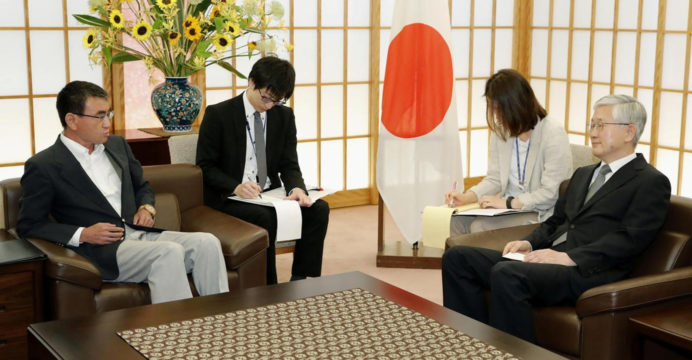 Kono made the comment to Nam Gwan-Pyo after summoning him to the foreign ministry, as the neighbors’ political and economic row over forced Korean labor during World War Two worsens.