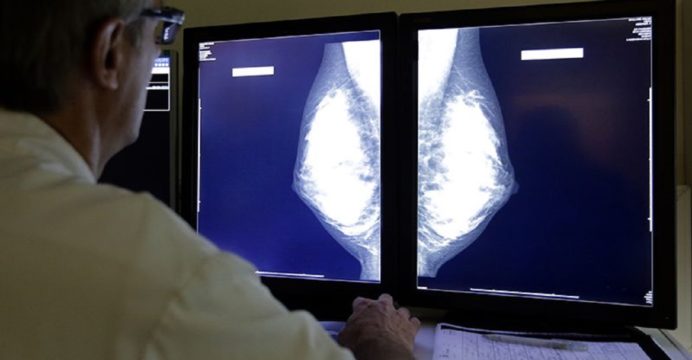 Black and younger women face elevated risks of developing breast cancer that are not only aggressive but also less responsive to treatment, a new study confirms.

In their analysis of more than one million cases of breast cancer between 2010 and 2014, the researchers also found that triple-negative cancers occurred more rarely than had previously been reported.

The researchers did not respond to requests for comment but did supply a press statement. “We hope that this update on the epidemiology of triple-negative breast cancer can provide a basis to further explore contributing factors in future research,” coauthor Lia Scott, a researcher at the Georgia State University School of Public Health, said in the statement.

Noting that few previous studies had looked beyond the scope of a single state, Scott and her colleagues turned to the U.S. Cancer Statistics database, a population-based surveillance system of cancer registries with data that represents 99% of the U.S. population. The researchers identified 1.15 million cases of breast cancer between 2010 and 2014 in women from 39 states, including 96,749 cases (8.4%) of triple-negative cancer.

The researchers also found that when women were diagnosed with a late stage cancer, it was more likely to be triple-negative.

The study confirms what cancer specialists have been seeing, said Dr. Vikram Gorantla, a medical oncologist at the UPMC Hillman Cancer Center in Pittsburgh. Some of the increased risk in younger women can be tied to the BRCA1 gene, Gorantla said. “Besides BRCA1, we don’t have a clear cause for it in these women,” he added.

Dr. Charles Shapiro was struck by the size of the study. “This is one of the larger, if not the largest, so far,” said Shapiro, a professor of medicine at the Icahn School of Medicine, director of Cancer Survivorship and medical director of Translational Breast Cancer Research at Mount Sinai’s Tisch Cancer Institute in New York City. “Another striking thing is triple-negative breast cancer was thought to be 15% of the total but this study found it was 8.4%.”

That change could be due to a tightening of the definition of triple-negative breast cancer, Shapiro said.

According to the U.S. National Cancer Institute, triple-negative breast cancer cells do not have estrogen receptors, progesterone receptors, or large amounts of a protein called HER2/neu.

While this study and earlier ones showed that triple-negative breast cancer is more common in women under 40, “I hear all the time from younger women that they were initially told by a doctor that they were too young to have breast cancer, said Dr. Elissa Thorner, co-director of the Young Women’s Breast Cancer Program at Johns Hopkins Medicine. “Most of them were symptomatic. They had lumps or discharge. A lot of times I see women who had lumps for 18 months before I saw them.”

Since younger women aren’t screened regularly, Thorner advises them to “be vigilant. Know your breasts and what is normal. Make sure you have a relationship with a provider who trusts you and who will work with you.”

There’s a lot of misinformation out there about triple-negative breast cancer, Shapiro said. “The message on the internet is that this disease is like death sentence,” he said. “It has a higher mortality rate than other breast cancers, but 65% to 70% of people go on to be cured with conventional therapy.”