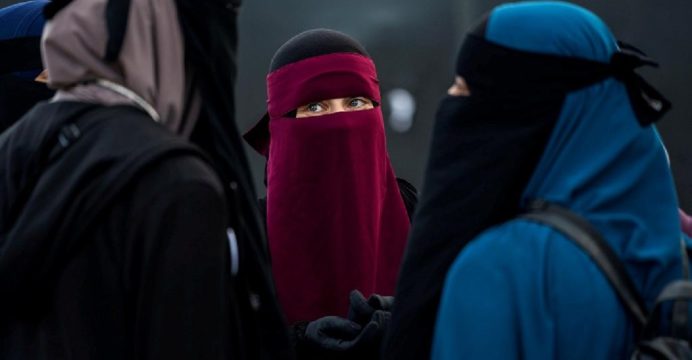 Tunisian Prime Minister Youssef Chahed has banned the wearing of the niqab, which covers the entire face apart from the eyes, in government offices, citing security reasons.

The order comes after three suicide bombings in the capital, Tunis, in the space of a week. One rights group urged the government to ensure the ban was temporary, reports BBC.

The niqab is worn by some Muslim women as an interpretation of modest dress and as a symbol of religious faith. Tunisia’s long-time ruler Zine al-Abidine Ben Ali banned the niqab and hijab in state buildings, but they made a return after he was ousted in 2011.

A woman wearing a face veil walks in the old city of Tunis, Tunisia

Mr Chahed’s office issued a circular on Friday “banning access to public administrations and institutions to anyone with their face covered… for security reasons”.

Activist Jamel Msallem, from the Tunisian League for the Defence of Human Rights, asked the government to ensure the measure was temporary.

“We are for the freedom to dress, but today with the current situation and the terrorist threats in Tunisia and across the region we find justifications for this decision,” Mr Msallem told reporters.

He asked the government to repeal the ban as soon as a “normal security situation returns in Tunisia”.