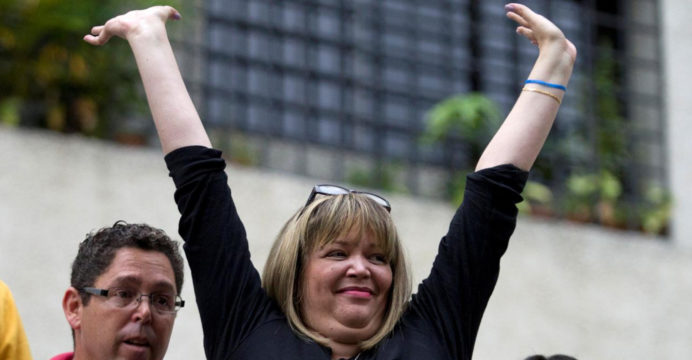 Venezuela has released 22 hostages including the emblematic cases of judge Maria Afiuni and journalist Braulio Jatar, a senior U.N. official said on Friday, and an opposition lawmaker called for more releases.

Twenty students were also among those freed on Thursday, according to U.N. High Commissioner for Human Rights Michelle Bachelet and her office.

The news came after the U.N. Human Rights Council held a discussion on Bachelet’s report of a visit to Venezuela in June.

The report accused Venezuelan security forces of sending death squads to murder young men, but a vice minister rejected that in a speech to the Geneva forum on Friday.

“The welcome releases of 62 detainees then (in June), with a further 22 – including journalist Braulio Jatar and judge (Maria) Lourdes Afiuni – set free yesterday and the authorities’ acceptance of two human rights officers in the country, signify the beginning of positive engagement on the country’s many human rights issues,” Bachelet said.