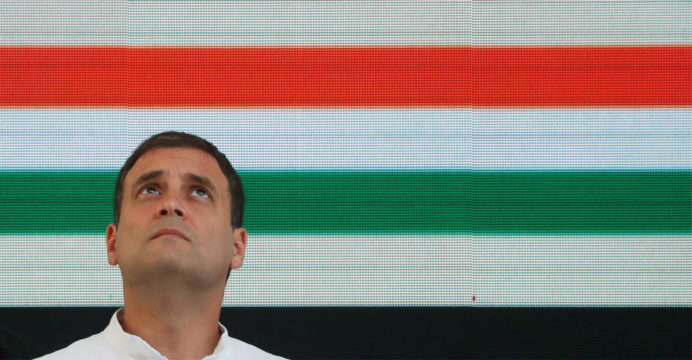 “Accountability is critical for the future growth of our party. It is for this reason that I have resigned as Congress president,” he said in a statement posted on his official Twitter account.

In his resignation letter, which he tweeted on Wednesday, he took responsibility for the party’s defeat in the recent general election.

It is an honour for me to serve the Congress Party, whose values and ideals have served as the lifeblood of our beautiful nation.

I owe the country and my organisation a debt of tremendous gratitude and love.

He had already announced his intention to resign, but party leaders had hoped to change his mind.

In the letter he added that while he had no “hatred or anger” towards India’s ruling Bharatiya Janata Party (BJP), “every living cell in my body instinctively resists their idea of India” which he said was based on differences and hatred.

Gandhi, who was seeking to become the fourth member of his family dynasty to become prime minister, had been Congress president since December 2017.