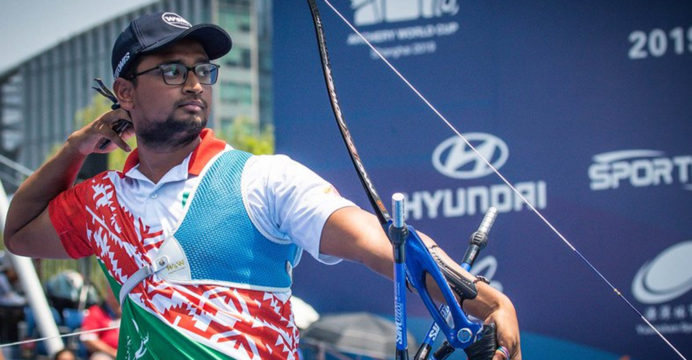 Bangladesh archer Ruman Shana secured a bronze medal in the man’s recurve singles event of the World Archery Championship 2019 beating Italy’s Mauro Nespoli by 7-1 set points at s-Hertogenbosch in the Netherlands on Sunday.

On his way to bronze, Shana made history earlier on Thursday when he became the first-ever archer from Bangladesh to qualify for the 2020 Tokyo Olympic Games.

He also became the second Bangladeshi athlete to enter into the Olympics directly after golfer Siddikur Rahman, who earned Rio Olympics quota in 2016 as one of the top 60th golfers in the rankings.

The ongoing World Archery Championship is considered as the primary qualification tournament for the 2020 Tokyo Olympic Games.