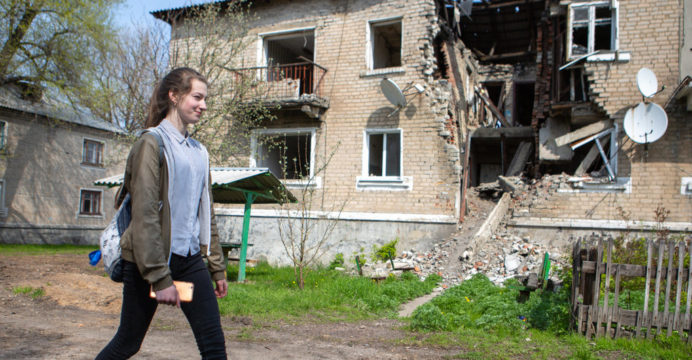 One in five people (22%) living in an area affected by conflict has mental health issues such as depression, anxiety, post-traumatic stress disorder, bipolar disorder or schizophrenia, and about 9% of conflict-affected populations have a moderate to severe mental health condition, according to an analysis of 129 studies published in The Lancet. The figures are substantially higher than the global estimate for these mental health conditions in the general population, which stands at one in 14 people.

Depression and anxiety appeared to increase with age in conflict settings, and depression was more common among women than men.

The revised estimates use research from 129 studies and data from 39 countries published between 1980 and August 2017, including 45 new studies published between 2013 and August 2017. Settings that have experienced conflict in the last 10 years were included. There was limited data for bipolar disorder and schizophrenia, so estimates for these conditions were based on global estimates and do not take into account any increased risk of these conditions in conflict settings. Cases were categorized as mild, moderate or severe. Natural disasters and public health emergencies, such as Ebola, were not included.

“I am confident that our study provides the most accurate estimates available today of the prevalence of mental health conditions in areas of conflict,” said lead author of the study Fiona Charlson of the University of Queensland, Australia and the Institute for Health Metrics and Evaluation, USA.

“Estimates from previous studies have been inconsistent, with some finding inconceivably low or high rates. In this study we used more stringent inclusion and exclusion criteria for the literature search, and advanced search strategies and statistical methods.”

Currently, there are major conflict-induced humanitarian crises in a number of countries, including Afghanistan, Iraq, Nigeria, Somalia, South Sudan, Syria, and Yemen. In 2016, the number of armed conflicts reached an all-time high, with 53 ongoing conflicts in 37 countries and 12% of the world’s population living in an active conflict zone. Nearly 69 million people worldwide have been forcibly displaced by violence and conflict, the highest number since World War II.

“The new estimates, together with already available practical tools for helping people with mental health conditions in emergencies, add yet more weight to the argument for immediate and sustained investment, so that mental and psychosocial support is made available to all people in need living through conflict and its aftermath,” said study author Dr Mark van Ommeren, of the Department of Mental Health and Substance Abuse at the World Health Organization.

Dr van Ommeren concludes: “In conflict situations and other humanitarian emergencies, WHO provides support in many ways: firstly, by supporting coordination and by assessing the mental health needs of populations affected, secondly by determining what existing support is available on the ground and what more is needed; and thirdly by helping provide the capacity for support when it isn’t sufficient, either through training or bringing in additional resources. Despite their tragic consequences, when the political will exists, emergencies can be catalysts for building quality, sustainable mental health services that continue to help people in the long-term.”

The authors note some limitations due to the complexity of data collection in conflict settings, which means that there is variation in the data used, and so there is uncertainty in the estimates. In addition, cultural variation in diagnosis and changes in diagnostic criteria might have affected prevalence estimates.

Past research has suggested that psychosis is more common in populations affected by conflict. However, the new estimates for bipolar disorder and schizophrenia are based on global averages, not specifically conflict settings, so these may underestimate the issue.