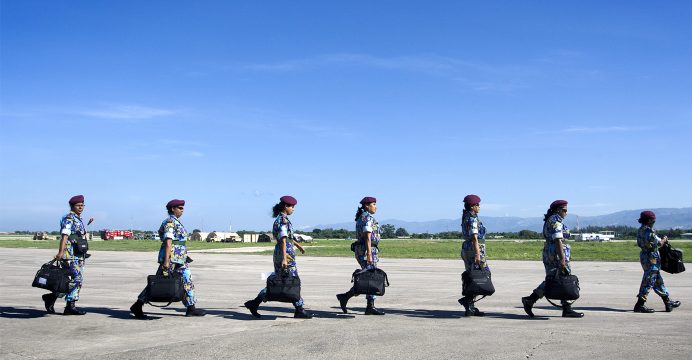 A 180-member strong contingent of female police of Bangladesh Police left Dhaka for joining the UN peacekeeping mission in Dr Congo by a chartered aircraft of the United Nations (UN) in the early hours of Today.

High ranking police officers to the Police Headquarters were present at Hazrat Shahjalal International Airport to see off the peacekeeping team, the release added.

Earlier, female police joined the UN peacekeeping mission in Haiti in 2010 and provided human assistance to the Haiti people after earthquake.