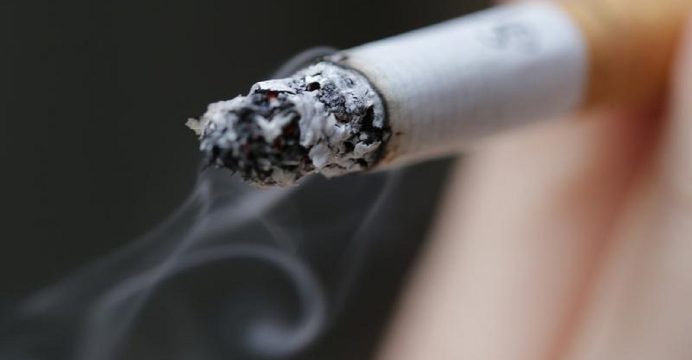 Smokers who have a stroke are much more likely to have another one if they don’t quit or at least cut back, a Chinese study suggests.

Smoking has long been linked to an increased risk of cardiovascular disease and serious cardiac events like heart attacks and strokes. But the new study sheds light on how smoking influences the risk of a second stroke in patients who already had one, reports Reuters.

Among the 3,069 stroke survivors in the study, 1,475, or 48 percent, were current smokers and another nine percent were former smokers. Among the current smokers, 908, or 62 percent, managed to quit within a few months after their stroke.

“Smoking after a stroke has the same effects on the body as before the first stroke,” said Allan Hackshaw, a researcher at University College London in the U.K. who wasn’t involved in the study.

“It can lead to problems with blood flow in the brain, and contribute to clots being formed in the blood vessels – and either of these increase the chance of having a stroke,” Hackshaw said.

“Cutting back would reduce the risk a bit, but the study shows that quitting completely has a large reduction in the risk of a second stroke.”

All of the patients in the study survived for at least three months after a stroke. Smokers’ risk of a repeat stroke rose with the number of daily cigarettes they smoked.

Current smokers tended to be younger and less likely to have conditions like high blood pressure, heart rhythm disorders or coronary heart disease than nonsmokers. They were also more likely to be heavy drinkers than nonsmokers.

The study wasn’t a controlled experiment designed to prove whether or how smoking causes repeat strokes.

One limitation of the study is the potential for smokers to go through other lifestyle changes when they quit – like improving eating and exercise habits – that contributed to a reduced stroke risk, Dr. Gelin Xu of Nanjing Medical University in Jiangsu, China, and colleagues note in the Journal of the American Heart Association. Xu didn’t respond to requests for comment.

“Smoking is just about the worst possible thing you can do for your health,” Hill, who wasn’t involved in the study, said by email. “Yes, quitting helps a lot, but it is hard because it is addictive.”