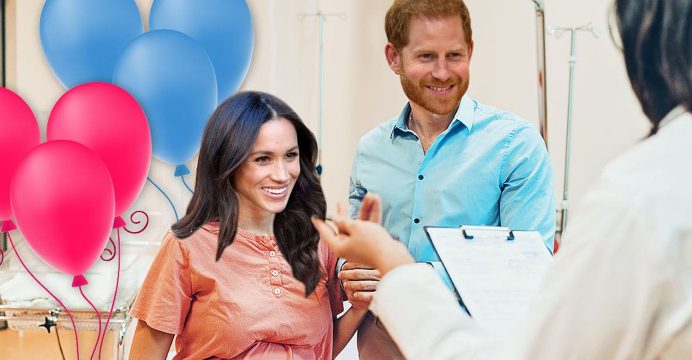 Prince Harry said they were “absolutely thrilled” and thanked the public for their support during the pregnancy.

He said Meghan and the baby were doing “incredibly well”, adding that they were still thinking about names for the infant, who was delivered at 05:26 BST.

We are pleased to announce that Their Royal Highnesses The Duke and Duchess of Sussex welcomed their firstborn child in the early morning on May 6th, 2019. Their Royal Highnesses’ son weighs 7lbs. 3oz. The Duchess and baby are both healthy and well, and the couple thank members of the public for their shared excitement and support during this very special time in their lives. More details will be shared in the forthcoming days.

The announcement added that the U.S.-born Meghan and the baby, whose name has yet to be announced, “are both healthy and well, and the couple thank members of the public for their shared excitement and support during this very special time in their lives.”

Buckingham Palace said the baby weighed 7lbs 3oz, and that the duke was present for the birth.

It added: “The Queen, the Duke of Edinburgh, the Prince of Wales, the Duchess of Cornwall, the Duke and Duchess of Cambridge, Lady Jane Fellowes, Lady Sarah McCorquodale and Earl Spencer have been informed and are delighted with the news.

A “home birth” was said to be Meghan’s favored choice, though sources also stressed to the Daily Mail and Vanity Fair that Meghan and Harry also would consider a hospital delivery because a woman having a baby over the age of 35 is considered to be at an increased risk of premature birth or the need for an epidural or caesarean.