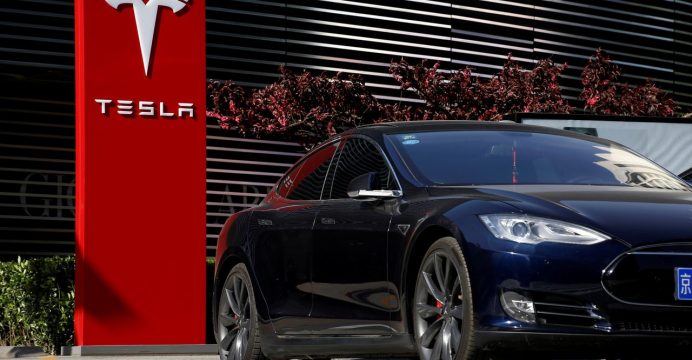 Tesla Inc launched issues of new shares and debt worth more than $2 billion on Thursday, with Chief Executive Officer Elon Musk pitching in $10 million as the electric carmaker gave in to Wall Street pressure to bolster its cash reserves.

Analysts have been predicting for months that Tesla would need to raise funds for its expansion plans, which include the construction of a factory in Shanghai, the upcoming Model Y SUV, and the crucial ramp up of Model 3 sedan production, reports Reuters.

Shares in the Silicon Valley company rose more than 5 percent on news of the capital raise plan, which follows Musk’s hint last week that a fund-raising was imminent after Tesla lost $700 million in the first quarter..

The company said in the filing that it would seek to raise $650 million in new shares and $1.35 billion in debt, with underwriters having the option to buy an additional 15 percent of each offering, potentially raising the proceeds to $2.3 billion.

“This was a smart move by Musk and Tesla to rip the band-aid off and go to the capital markets,” Dan Ives, an analyst with Wedbush Securities said in a note.

“The growing worries around capital were a black cloud over the stock on the heels of the company’s troubled March results and the choppy path ahead.”

In first-quarter results that disappointed many on Wall Street last week, Musk promised the company would deliver a profit again by the third quarter of this year, but the company’s huge investments mean it is leaking cash swiftly.

Analysts said last week that the company would probably seek between $1 billion and $3 billion dollars, and that it would cost significantly more than it would have a year ago, when some on Wall Street were already calling for a capital raise.

A previous issue of shares in 2017 went at $262 a share, compared to the company’s current price of $246. The yield on its existing $1.8 billion junk bond rose to 8.42 percent on Friday in anticipation of the new issuance, more than 3 percentage points above its 5.3 percent coupon.