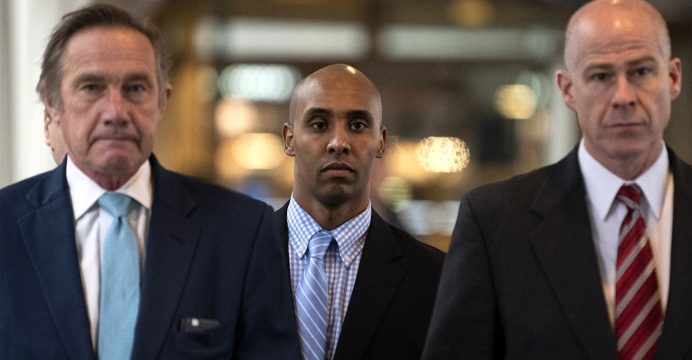 US police officer who shot dead Australian convicted of murder

A US police officer who shot dead an Australian woman in 2017 was found guilty of murder Tuesday by a Minneapolis jury, ending a case that has shocked the Midwestern city and sparked outrage in her native country.

Mohamed Noor, 33, who was fired from the city’s police force, was convicted of third-degree murder and second-degree manslaughter.

The jury, which began deliberating on Monday after three weeks of testimony from dozens of witnesses, acquitted the former officer of the most serious charge of second-degree murder with intent to kill.

Noor was taken out of the courtroom in handcuffs and into custody, according to US media reports.

He testified that he shot Justine Damond, an Australian who had moved to the US, to protect his partner, because he had feared an ambush when responding to an emergency call she had made.

But prosecutors insisted that the shooting was unreasonable and contrary to police department training policy.

Noor targeted Damond from the passenger seat of the police cruiser he was in with his partner, Matthew Harrity.

The 40-year-old victim, a yoga instructor, had approached the cruiser after calling 911 twice to report a possible rape in the dark alley behind her home. No such assault was ever found to have occurred.