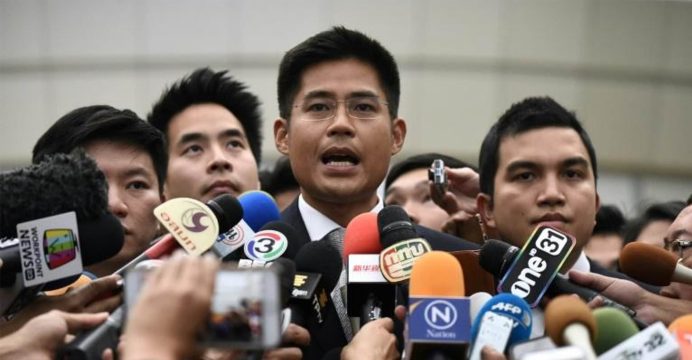 A key party linked to Thailand’s powerful Shinawatra clan was dissolved Thursday by a court, just weeks before a general election, over its ill-starred bid to front a princess as a candidate for premier.

Thai Raksa Chart, which is tied to ex-premiers Thaksin and Yingluck Shinawatra, proposed Princess Ubolratana as its prime ministerial candidate if its bloc emerged with a lower house majority after the March 24 election.

It was an unprecedented move in a constitutional monarchy where royals are officially above the political fray, and prompted a rare public rebuke by her younger brother, King Maha Vajiralongkorn, who issued a royal command declaring the party’s move “inappropriate”.

Thai Raksa Chart was found guilty of committing an act “hostile to the constitutional monarchy” by the nine-member Constitutional Court, which unanimously voted to dissolve the party.

Party executives — including two Shinawatra family members — were also banned from politics for a decade.

“The monarchy is above politics and to maintain political neutrality, the king, the queen and princesses can never exercise political rights by casting votes,” judge Nakharin Mektrairat said at the end of an extensive ruling.

Dissolution is a hammer blow to the prospects of the powerful Shinawatras winning a parliamentary majority at the polls.

Thai Raksa Chart was established to back up the Shinawatras’ main political vehicle Pheu Thai, which won the 2011 elections with a landslide.

Conversely, its downfall — the party lasted for just four months — is a major fillip to its army-allied rivals who are fielding current junta leader Prayut Chan-O-Cha as their candidate for premier.

Thai Raksa Chart was set to compete in 174 constituencies with 108 candidates vying for seats through the party list — a system to allocate extra parliamentary seats according to the proportion of votes they scoop up.

Grim-faced party executives, all dressed in black suits and led by party leader Preechapol Pongpanich, filed out of the Constitutional Court through the ranks of media.

Fighting back tears, Preechapol told reporters the party was “extremely saddened” by the dissolution, a ruling which “will affect the rights and freedoms” of candidates and voters.