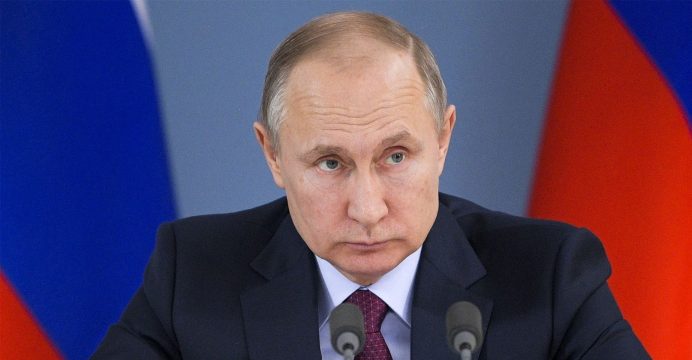 President Vladimir Putin on Wednesday said the Russian special services had ended the work of hundreds of spies and informers in the country last year.

In a speech to the officers of the FSB security service, which he led before becoming president, Putin said foreign intelligence agencies were stepping up activity in Russia.

“Thanks to successfully executed special operations, the activity of 129 spies and 465 informers was stopped” in 2018, he said.

“Foreign intelligence agencies are striving to increase their activity in the Russian space, looking for access by any means to political, economic, scientific, technological information,” he added.

The FSB’s work “must be efficient, especially regarding the production of Russian weapons systems,” Putin said.

Russia’s security and intelligence agencies have rarely been out of global headlines in recent years.

Moscow is accused of interfering in foreign elections, and ordering the poisoning of ex-spy Sergei Skripal in the English town of Salisbury.