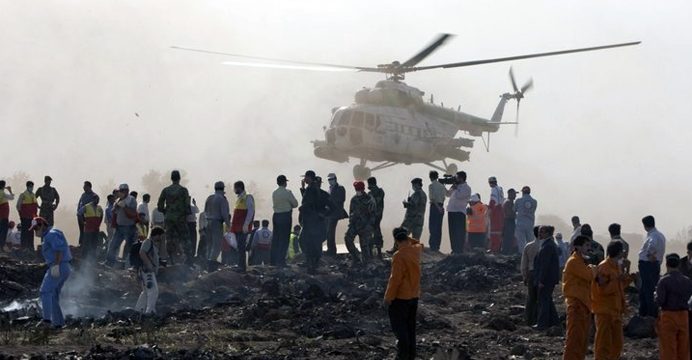 An emergency medical helicopter crashed in a southwestern Iranian village on Monday en route to treat a pregnant mother, killing all five people on board, state TV reported.

“Following the request to save the life of a 26-year old pregnant mother who needed emergency care … a helicopter was dispatched which unfortunately had an accident,” said Pir Hossein Koolivand, who heads Iran’s emergency services.

Koolivand did not elaborate on the cause of the crash.

State news agency IRNA said the helicopter collided with a transmission tower, while state TV said it had crashed into the mountains.

The Zagros mountain range which passes through Chaharmahal-Bakhtiari has been the site of several crashes in recent years.

A private plane crashed in the area early last year killing all eleven passengers, including the daughter of a prominent Turkish businessman and her friends who were returning home from a hen party.

In February 2018 a passenger plane operated by Iran’s Aseman Airlines crashed in the Zagros range, killing all 66 people on board.