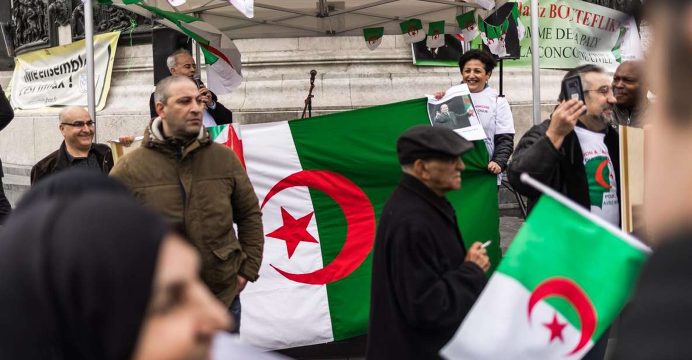 Algeria’s veteran President Abdelaziz Bouteflika has defied protesters by confirming he will run again – but says he will not serve a full term.

In a letter he said if he won April’s vote he would oversee a national dialogue leading to fresh elections that he would not contest.

His decision to seek a fifth term in office sparked nationwide protests.

Mr Bouteflika, 82, has rarely been seen in public since suffering a stroke in 2013.

Sunday saw new protests as a midnight deadline loomed for candidates to register. By nightfall young people were again marching in the capital Algiers despite the president’s offer.

Mr Bouteflika’s campaign manager submitted papers on behalf of the ailing president, who is undergoing medical treatment in Switzerland.

The electoral commission has said candidates need to submit them in person, but the Constitutional Council ruled that he did not have to be physically present.