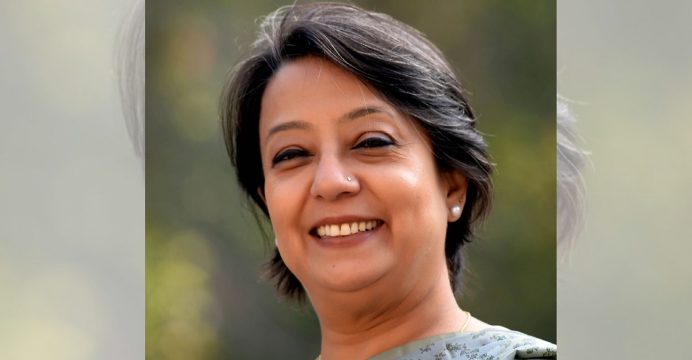 Prior to her arrival, she was the Director General, Indian Council for Cultural Relations (ICCR), an Indian High Commission press release said.

A career-diplomat, Riva Ganguly joined the Indian Foreign Service in 1986. She is a Post Graduate in Political Science from Delhi University.

Prior to joining the Foreign Service, she was a lecturer at Delhi University. She commenced her diplomatic career spanning 33 years from Spain. Thereafter, she was at the headquarters dealing with External Publicity, Nepal and Passport/Visa work.

Riva Ganguly was the head of the Cultural Wing of the Indian High Commission in Dhaka.

After her return from Dhaka, she took over as the Director at the United Nations Economic and Social Affairs Division and participated in environmental negotiations, particularly climate change.

Riva Ganguly was the Deputy Chief of Mission in the Embassy of India, The Hague. She served as Consul General of India in Shanghai from 2008 to 2012.

After her return from China, she headed the Public Diplomacy Division and later the Latin America & Caribbean Division in the Ministry of External Affairs.

Riva Ganguly was the ambassador of India to Romania with concurrent accreditation to Albania and Moldova and thereafter served as India’s Consul General in New York.