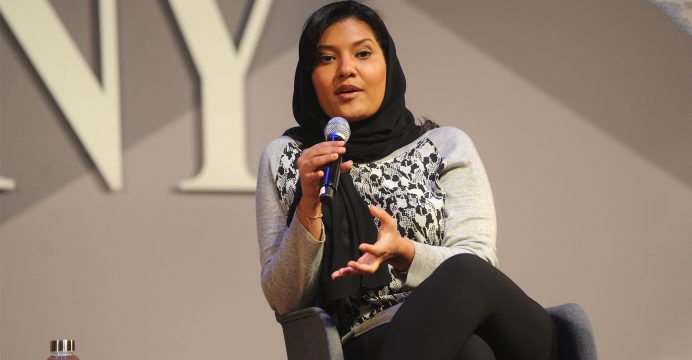 Princess Reema will replace Prince Khalid bin Salman, a son of King Salman and a younger brother of the crown prince, who took the post in 2017.

The appointment of Princess Reema bint Bandar bin Sultan by royal decree came amid strained relations between Saudi Arabia and the United States over the killing of the Saudi dissident Jamal Khashoggi by Saudi agents in Istanbul in October.

The appointment of a woman as ambassador, in the historically conservative kingdom where women did not often hold major public roles, is an important step for Saudi Arabia. Washington is the Kingdom’s closest ally and this is a clear signal from Riyadh. She will now be key to that alliance as previous ambassadors have been.

Born in Riyadh, Saudi Arabia, in 1975 to Bandar bin Sultan and Haifa bint Faisal, Princess Reema spent many years in the United States, where her father was the ambassador from 1983-2005.

She has been active in numerous campaigns to increase the role of Saudi women in professional spaces as well as increasing access to physical education for women in schools.