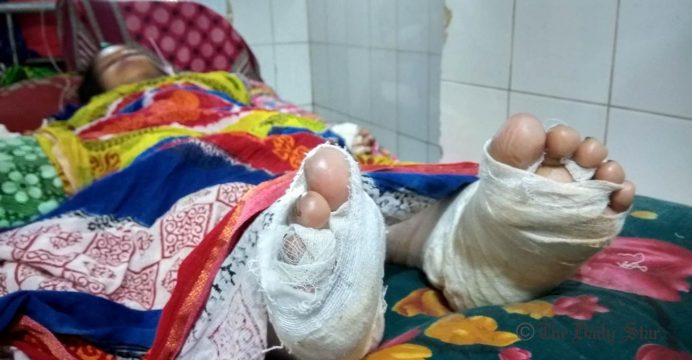 At least 44 dead as fire devastates buildings in Old Dhaka

A massive blaze has devastated several buildings in Old Dhaka’s Churihatta Area in Chawkbazar for several hours, leaving at least 44 people dead and Numerous people with severe injuries have been admitted to different hospitals.

Associated Press videojournalist Al Emrun Garjon confirmed that he has counted 44 dead bodies at the Dhaka Medical College morgue. Of the deceased, 38 were male, four female and the rest were children, he said.

The fire broke out around 10:40pm at a chemical warehouse on the ground floor of the five-storey building named Hazi Wahed Mansion. The flames then quickly spread through three other buildings nearby, including a community centre, said the fire service chief.

According to the Fire Service control room, 37 units from 31 stations were working to control the fire in the buildings on the narrow street.

Many people from the area were seen looking for their relatives, who apparently went missing, at the Dhaka Medical College Hospital after the incident.