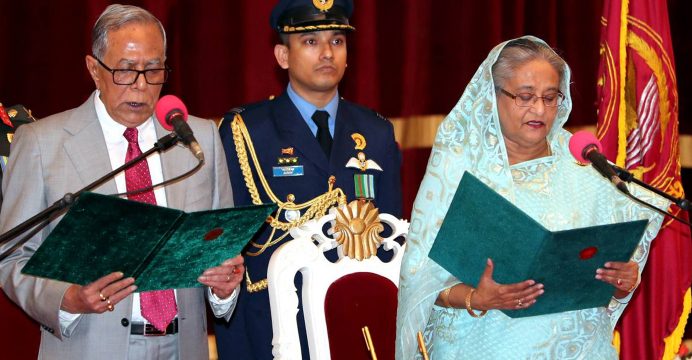 Sheikh Hasina, the Awami League President and elder daughter of Father of the Nation Bangabandhu Sheikh Mujibur Rahman, formed the government for the third consecutive term as she took oath as the prime minister for term with 47-member council of ministers, reports BSS.

After the swearing-in was over, Sheikh Hasina signed the oath of office and oath of secrecy.

Over 20 new faces have been inducted into the council of ministers.