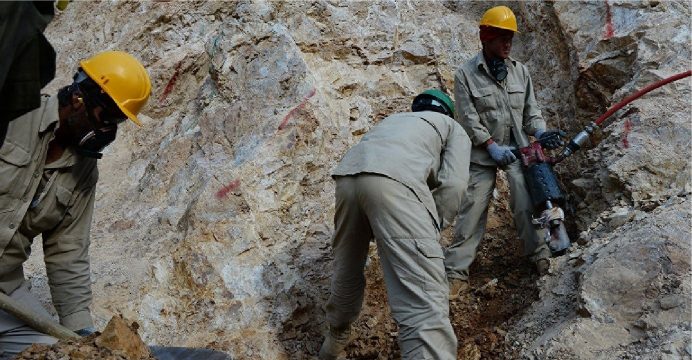 At least 30 Afghans were killed on Sunday when the tunnel they were digging in to mine gold in northern Afghanistan collapsed, officials said.

Officials said the victims were villagers who were mining for gold illegally, rather than in a government project, reports Reuters.

“Poor villagers during winters try to compensate their earnings by pursuing illegal mining. They dig tunnels to enter the mines,” Nek Mohammad Nazari, a spokesman for the provincial governor, said.

He said the tunnel had caved in. A police spokesman for Badakhshan province, Sanaullah Rohani, earlier said the cause of the accident, which occurred in heavy snowfall, was a landslide.

Rohani said seven people were injured alongside the at least 30 killed, while they were working inside the mine in Kohistan district.

Rohani said about 50 illegal miners were present in the mine when the incident occurred and two rescue teams were deployed to help the injured. Landslides are frequent in the northern mountainous provinces of Afghanistan.

Last year the Afghan government signed two contracts for the exploration of copper and gold deposits in northern provinces, to try to prevent illegal mining and move away from its dependence on foreign aid by tapping its natural resources.