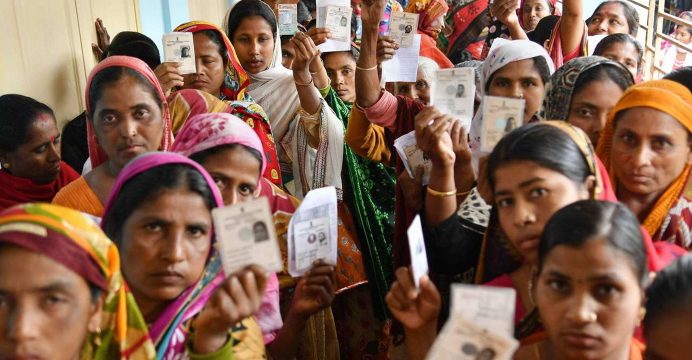 The national election is going on in Bangladesh

Bangladesh has begun voting to elect its public representatives to form the next government – who will rule the country for the next five years.

Voting began simultaneously across all the 299 seats, save a constituency in Gaibandha, from which will continue uninterrupted till

On Sunday, around 104 million voters are expected to give their verdict, and the chosen party will take the reins of Bangladesh for the next five years.

The Election Commission has all the registered political parties contesting in the 11th parliamentary election this time. In the previous election, held five years ago amongst widespread and often deadly violence, most of the registered parties chose to stay away from the crucial ballot.

Unlike its predecessor, the 11th parliamentary election is witnessing the participation of all major political parties and expects to draw the mass verdict.

The voting is taking place under the administration of prevailing Prime Minister Sheikh Hasina – which was a point of dissent among oppositions.

To ensure law and order, 700,000 security personnel, 700,000 election officials and a good number of journalists and observers, making up a total of 1.5 million, are engaged in electoral work, according to Election Commission Secretary Helal Uddin Ahmed.