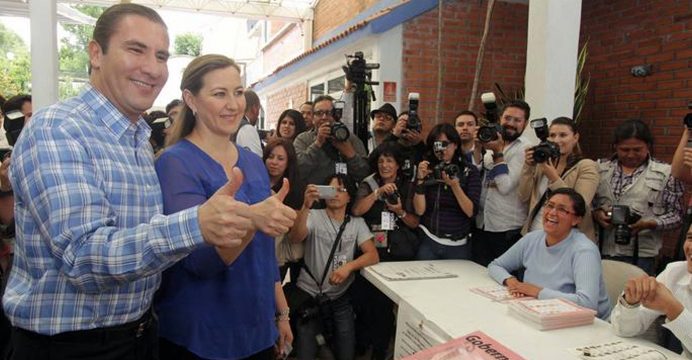 Governor of Pueblo and senator died in helicopter crash

Authorities are investigating the cause of the crash that killed the governor of Puebla and her senator husband. She only recently took office.

A Mexican governor and her husband were killed in a helicopter crash on Monday.

Martha Erika Alonso, the new governor of Puebla state, and her husband, former governor of the same state and sitting senator, Rafael Moreno, died when their helicopter crashed on a mountain outside the state capital.

It was unclear what caused the Christmas Eve crash or if there were other fatalities.

“I give my personal deep condolences to the relatives of Senator Rafael Moreno Valle and his wife, the governor of Puebla, Martha Erika Alonso. I assume a commitment to investigate the causes; to find the truth about what happened and act accordingly,” Mexican President Andes Manuel Lopez Obradorsaid on Twitter.

Both Alonso and Moreno were members of the center-right National Action Party (PAN).

Moreno was governor of Puebla from 2010 to 2017 and Alonso assumed office on December 14 after a months-long electoral controversy amid allegations of voter fraud.