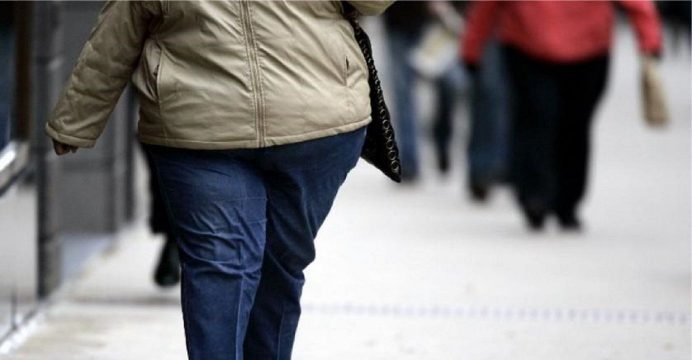 Obesity responsible for about 4 percent of all cancer cases worldwide

Excess body weight is responsible for about 4 percent of all cancer cases worldwide and an even larger proportion of malignancies diagnosed in developing countries, a recent study suggests.

As of 2012, excess body weight accounted for approximately 544,300 cancers diagnosed annually around the world, researchers report in CA: A Cancer Journal for Clinicians.

While overweight and obese individuals contributed to just 1 percent of cancer cases in low-income countries, they accounted for 7 to 8 percent of cancers diagnosed in some high-income Western countries and in Middle Eastern and North African nations, reports Reuters.

“Not many people know about excess body weight and its link to cancer,” said lead study author Hyuna Sung of the American Cancer Society in Atlanta.

“Trying to achieve weight and maintaining it is important and may reduce the risk of cancer,” Sung said.

But the proportion of people who are overweight and obese has been increasing worldwide since the 1970s, the researchers note. As of 2016, 40 percent of adults and 18 percent of school-age children were overweight or obese, for a total of almost 2 billion adults and 340 million kids worldwide.

While the proportion of people with excess body weight has increased rapidly in most countries and across all population groups, the surge has been most pronounced in some low- and middle-income countries that have adopted a Western lifestyle with too little exercise and too many unhealthy foods, the study team writes.

“The simultaneous rise in excess body weight in almost all countries is thought to be driven largely by changes in the global food system, which promotes energy-dense, nutrient-poor foods, alongside reduced opportunities for physical activity,” Sung said.

Overweight and obesity has been definitively linked to an increased risk of 13 cancers affecting the breast, colon and rectum, uterus, esophagus, gallbladder, kidney, liver, ovary, pancreas, stomach, and thyroid, brain and spinal cord, and blood cells.

More recently, some research has also tied excess weight to risk for prostate tumors as well as cancers of the mouth and throat.

National wealth is the most apparent systematic driver of population obesity, the study authors note.

The economic transition to a wealthier economy brings with it an environment that precipitates obesity; each $10,000 increase in average per capita national income is associated with a 0.4 increase in body mass index among adults, the study authors note.

However, obesity is uncommon in some high-income Asia-Pacific countries, which is likely a result of consuming healthier foods like lean fish and veggies and eating fewer calories, as well as active transportation and walking as part of daily activity, the authors point out.

Still, the report offers fresh evidence of the need for policies that promote healthy eating and exercise habits as a way to battle obesity and reduce the global burden of cancer, the authors argue.

Dietary interventions might include eliminating trans-fats through the development of legislation to ban their use in the food chain; reducing sugar consumption through effective taxation on sugar-sweetened beverages; implementing subsidies to increase the intake of fruits and vegetables; and limiting portion and package size to reduce energy intake and the risk of excess body weight.

Activity interventions might include encouraging urban planning that promotes high-density housing with sidewalks, accessible public transportation and widespread availability of open spaces, parks and places to walk and cycle.

“Based on cancer alone, this report makes the case for allotting significant resources to addressing the global obesity epidemic, and those efforts have to address multiple factors that are creating ‘obesigenic’ societies,” said Dr. Graham A. Colditz of Washington University School of Medicine in St. Louis.

“The actions of individuals are important when it comes to weight – eating a healthy diet and exercising regularly, for example,” Colditz, who wasn’t involved in the report, said by email. “But unless those actions are supported by policies, infrastructure, schools, and employers, they’re less likely to take hold and be broadly successful over time.”