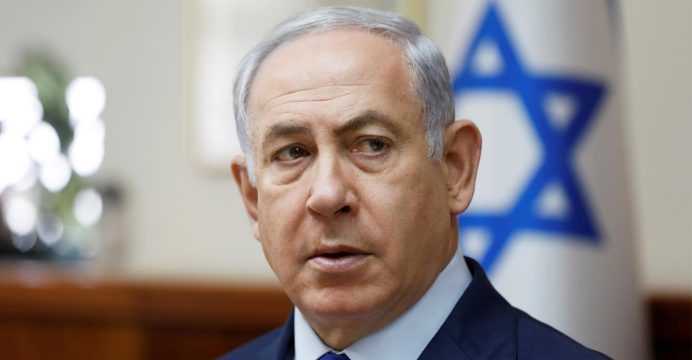 Israel signalled displeasure on Sunday with Australia’s recognition of West Jerusalem as its capital, with a confidant of Prime Minister Benjamin Netanyahu saying it was a mistake to gainsay Israeli control over the whole city.

The premier, for his part, stayed silent on Canberra’s move at a weekly Israeli cabinet meeting that is usually his opportunity to hold forth in public on major diplomatic developments.

Israel captured Arab East Jerusalem in a 1967 war and annexed it as its capital in a moved not recognised internationally. Palestinians want East Jerusalem as capital of the state they hope to found in the occupied West Bank and the Gaza Strip.

A year ago, U.S. President Donald Trump outraged Palestinians by recognising Jerusalem as the Israeli capital, a designation that did not acknowledge their claim on the east of the city though it left open the question of its final borders.

Israel’s Foreign Ministry responded tepidly, calling the Australian move “a step in the right direction”. At the cabinet meeting on Sunday, Netanyahu declined to elaborate.

“We issued a statement at the Foreign Ministry. I have nothing to add to it,” he told reporters at the outset of the meeting.

Tzachi Hanegbi, Israel’s minister for regional cooperation and a Netanyahu confidant in the right-wing Likud party, was more openly critical of Australia, though he deemed it a “deep and intimate friend of many years’ standing”.

“All of Jerusalem remains a final-status issue for negotiations, while East Jerusalem, under international law, is an integral part of the occupied Palestinian territory,” he said.