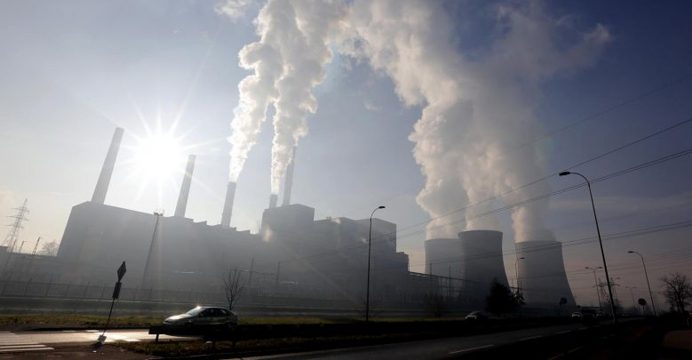 UN talks aimed at averting catastrophic climate change are set to wrap up in Poland Friday after two weeks of heated disputes between rich and poor nations that saw countries most at risk plead for action.

Sources close to the COP24 talks told AFP that delegates from nearly 200 nations were still far apart on several issues — from adopting the latest environmental science to how future climate action is funded.

Ministers must agree on a common rule book to make good on promises made by countries in the landmark 2015 Paris accord, which vowed to limit global temperature rises to below two degrees Celsius (3.6 degrees Fahrenheit).

But with the starkest warnings yet from scientists highlighting the need to
drastically slash fossil fuel emissions within the coming decades in order to meet the safer cap of 1.5C warming, delegates were urged to act now or condemn at-risk nations to disaster.

“We are bearing the torch for those vulnerable to climate change,” Hilda Heine, president of the Marshall Islands, told the conference.

“We represent a number of nations, like my own, that face extinction. Species of all kinds also face existential risk.”

Dominating proceedings in the Silesian mining city of Katowice was debate around a major report by a UN body showing the clearest sign yet of the disaster awaiting mankind if politicians fail to act.

The Intergovernmental Panel on Climate Change (IPCC) warned there was no hope of meeting the Paris temperature goals unless greenhouse gas emissions were slashed to net zero by mid-century.

Despite the UN climate change convention obliging nations to negotiate on
the basis of the “best available science”, four nations refused to “welcome” the IPCC findings at the talks.

Most nations want the IPCC science to inform the rule book and form the
foundation of countries’ future ambitions on climate action.

But the US, Saudi Arabia, Russia and Kuwait were accused of playing for
time to boost their fossil fuel-dependent economies.

Host Poland has also come in for criticism from green campaigners for
seeking permission to continue using coal for years in spite of overwhelming data that the opposite must happen.

“We do not have the comfort of time, but we have the will and we have power to achieve a compromise,” Poland’s COP24 president Michal Kurtyka told delegates late Thursday as the final draft decision text was still being tinkered with.

The expectation is that talks will drag on until at least Saturday, with a
number of key issues still unresolved.

“We need to avoid straying from principles and spirit of the Paris
agreement. We cannot accept any backsliding.”