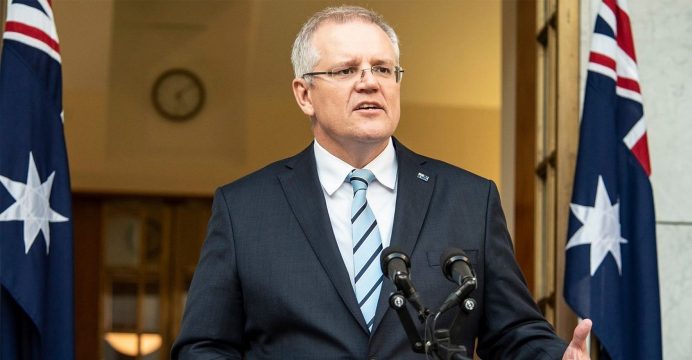 After reversing decades of Middle East policy, Australia will now wait to move its embassy to Jerusalem. Last year, the US unilaterally recognized Jerusalem as Israel’s capital, triggering violent unrest in the region.

Prime Minister Scott Morrison said on Saturday that his government recognizes west Jerusalem as the capital of Israel, upending decades of Australian foreign policy in the Middle East.

“Australia now recognizes west Jerusalem, being the seat of the Knesset and many of the institutions of government, is the capital of Israel,” Morrison told an audience at the private Sydney Institute think tank.

Morrison said that despite Australian recognition, his government would move the country’s embassy “when practical, in support of, and after, final-status determination,” referring to a political solution to the Israeli-Palestinian conflict.

In October, the premier had floated the idea, saying he would consider whether to follow US President Donald Trump’s decision.