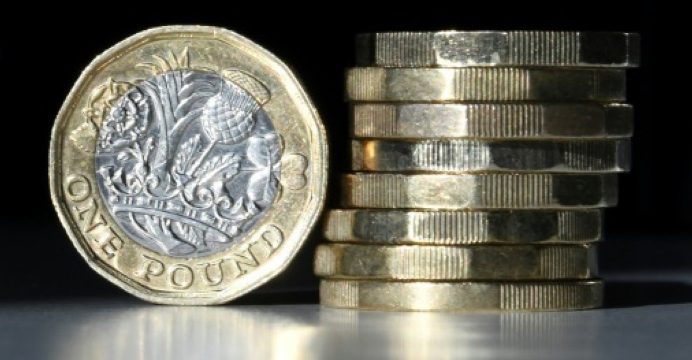 Pound jumps as BBC forecasts Theresa May to win vote

The British pound jumped Wednesday after the BBC reported that a majority of Conservative Party lawmakers were set to back Prime Minister Theresa May in a no-confidence vote.

According to the BBC, May was set to win the vote with at least 158 Conservative MPs — more than 50 percent of those eligible — pledged their support for the embattled premier.

May was hit by a no-confidence motion from her own party on Wednesday over the unpopular Brexit deal she struck with EU leaders last month.

The move plunged her deeper into her biggest crisis since she took office after Britons voted in June 2016 to leave the European Union.