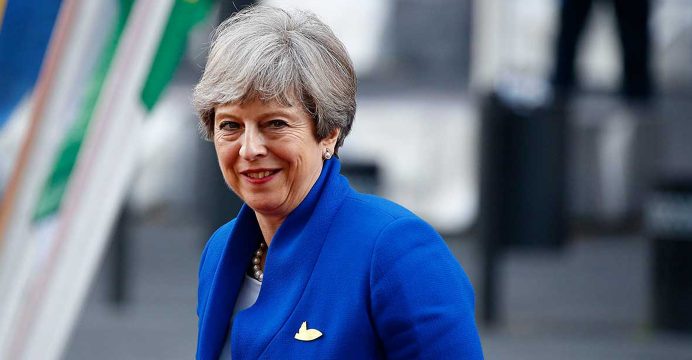 May tours Europe in desperate bid to save Brexit deal

Embattled British Prime Minister Theresa May launched a tour of European capitals on Tuesday in a desperate bid to salvage her Brexit deal, a day after delaying a parliamentary vote on the text to avoid a crushing defeat.

May held talks in The Hague with Dutch Prime Minister Mark Rutte before heading to Berlin to meet Chancellor Angela Merkel as she struggles to unite British lawmakers behind her faltering plan.

She was then to see EU President Donald Tusk and European Commission chief Jean-Claude Juncker in Brussels.

“I’m surprised because we had reached an agreement on the 25th of November” at the last EU summit, Juncker told the European Parliament in Strasbourg on Tuesday, dubbing Brexit a “surprise guest” at this week’s summit.

“The deal we have achieved is the best deal possible, it’s the only deal possible. There is no room whatsoever for renegotiation but of course there is room, if used intelligently, to give further clarification and further interpretations,” he said.