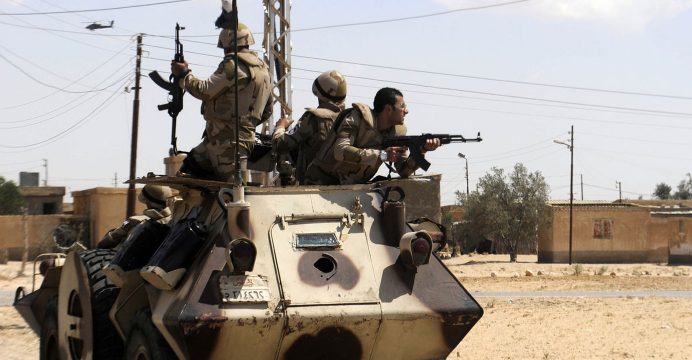 At least 27 militants were killed in of fire in North and Central Sinai in the past few days, the Egyptian armed forces said in a statement on Wednesday.

“During anti-terrorist raids, the national security forces have killed 27 gunmen including three highly dangerous terrorists in several desert areas in the Sinai Peninsula,” said Tamer al-Refai, the spokesperson of the armed forces.

The raids areas covered the scope of the second and third field armies in Sinai, the statement added.

Peninsula is the stronghold of terrorist groups in Egypt, most severest of which is Sinai State, an Egyptian branch of the Islamic

A total of 460 militants and over 30 soldiers have been killed in the “Sinai 2018” anti-terror campaign since February.