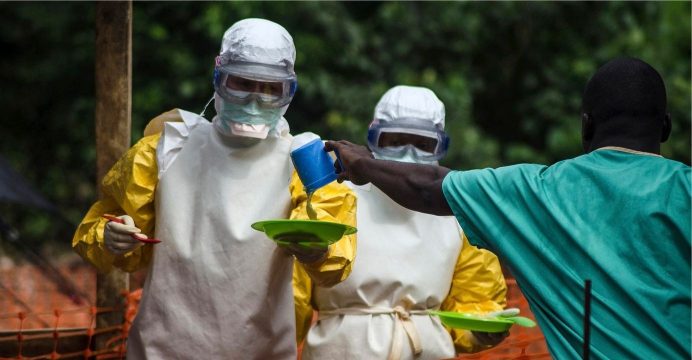 Ebola outbreak in Congo is now the second-biggest ever recorded

The UN’s global health body says the Ebola outbreak in the east of the Democratic Republic of Congo is now the second-biggest ever recorded.

A total of 426 cases of the virus have now been reported in and around the town of Beni, taking the outbreak past that recorded in Uganda in 2000, reports BBC.

Beni is in the middle of a conflict zone and operations have been affected by rebel attacks. Almost 200 people have died in this outbreak of Ebola.

But it is still much smaller than the epidemic in West Africa between 2013 and 2016 which killed 11,310 people. This is the second Ebola outbreak in the country this year. The previous outbreak, in the west of the country, killed 33 people, according to the government.

“[We] will continue to stand shoulder-to-shoulder with the Congolese health ministry to do whatever it takes to bring the outbreak to an end,” the World Health Organization’s Deputy Director-General for Emergency Preparedness and Response has said in a tweet.

The #Ebola outbreak in #DRC is now second largest historically. A sad toll, with too many families losing loved ones. @WHO and partners will continue to stand shoulder-to-shoulder with @MinSanteRDC to do whatever it takes to bring the outbreak to an end.

The current outbreak in eastern DR Congo began in July and is the 10th to hit the country since 1976.

Health workers hope that the first multi-drug Ebola treatment trial, announced by DR Congo’s health ministry on Monday, will help to contain this and future outbreaks.

Explaining the World Health Organization-backed initiative, WHO Director-General Dr Tedros Adhanom Ghebreyesus said “randomised control trial” in DR Congo was a “giant step” that would “bring clarity about what works best, and save many lives in years to come”.

Insecurity in the east of the country has affected the Ebola response. A deadly rebel attack in September forced health workers to halt vaccinations and the tracing of people who have been in contact with suspected Ebola patients. The previous month, the WHO’s Peter Salama warned of such a “dreaded” scenario coming to pass.