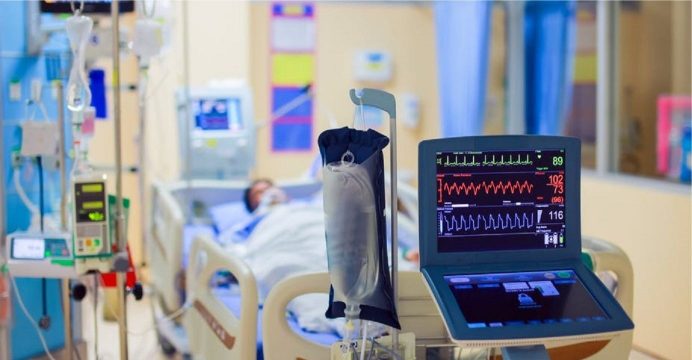 Patients treated in ICU are at increased risk of depression

Patients who are treated in an intensive care unit (ICU) and survive are at increased risk of depression, a new study suggests. And depression in ICU survivors was linked with a higher risk of death in the next two years, researchers found.

More than half of former ICU patients reported symptoms of psychological disorders, including anxiety, depression and PTSD, according to the study published in Critical Care, reports Reuters.

“Psychological problems – anxiety, depression, PTSD – after being treated for a critical illness in the ICU are very common and often complex when they occur,” said the study’s lead author Robert Hatch, NIHR Academic Clinical Fellow in Intensive Care Medicine and Honorary Clinical Research Associate at the University of Oxford.

“Patients who reported symptoms of depression were 47 percent more likely to die from any cause during the first two years after discharge from the ICU than those who did not report these symptoms.”

Hatch and his colleagues followed 4,943 ICU patients who had spent at least 24 hours in one of 26 ICUs in the UK between 2006 and 2013. The patients were asked to fill out questionnaires at three and 12 months following discharge from intensive care.

The questionnaires probed for signs and symptoms of psychological disorders. When the responses were analyzed, the researchers determined that 46 percent of the patients were experiencing symptoms consistent with a diagnosis of anxiety, 40 percent reported depression symptoms, and 22 percent reported symptoms of post-traumatic stress disorder (PTSD). Often, patients had symptoms of more than one disorder. In fact, 18 percent of the patients met the criteria for all three psychological conditions.

Patients who reported symptoms consistent with a diagnosis of depression were 47 percent more likely to die from any cause during the first two years after discharge from the ICU than those who did not report these symptoms. Increased risk of death was not associated with symptoms of anxiety or PTSD.

“The reason detecting and recognizing psychological problems is so important, is that they are a major cause of poor quality of life following critical illness and they are potentially treatable,” Hatch said.

“Our findings suggest that depression following care of a critical illness in the ICU may be a marker of declining health and clinicians should consider this when following up with former ICU patients.”

The new findings were somewhat of a surprise for Dr. John Bienvenu, an associate professor of psychiatry at Johns Hopkins Medicine.

“We knew that symptoms of depression were associated with a worse quality of life after a critical illness,” Bienvenu said.

“But this shows that they are also associated with mortality. I was struck by the fact that they were 47 percent more likely to die.”

Bienvenu said that a similar study in the U.S. would most likely find similar results.

While the study doesn’t explain why depression might shorten life, there are studies in other areas of medicine that might help shed light on the subject, Bienvenu said.

“In patients with diabetes and heart disease, depression doesn’t just affect how they feel, it affects their behavior,” he explained.

“From the diabetes literature we know that depressed patients are often not taking as good care of themselves: they don’t take their medications and they miss appointments with their doctors.”

The solution may be better monitoring of patients after they leave the ICU, Bienvenu said. “At Hopkins we’ve been talking about doing a better job of screening patients for psychological symptoms after they’ve been treated and released from the ICU,” he added. “Then we can get treatment for all of those who screen positive.”