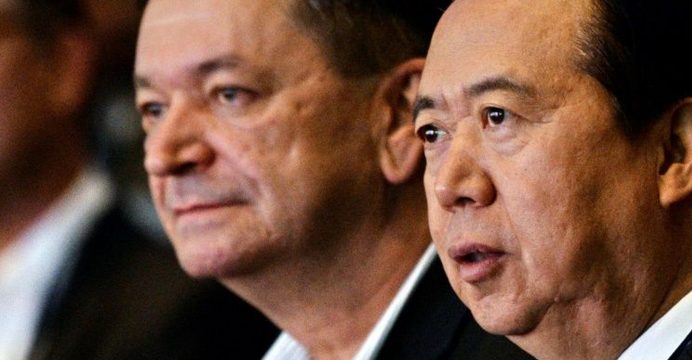 Interpol has rejected a Russian candidate for its president and instead elected a South Korean.

Kim Jong Yang beat Alexander Prokopchuk to the presidency and will serve a two-year term as head of the international police organisation.

Mr Prokopchuk, who formerly headed Russia’s interior ministry, was reportedly favourite to take over as president from China’s Meng Hongwei, who was detained when he returned to the country and is being investigated over alleged corruption.

Britain, the US and other European nations lobbied against his attempts to be elected, arguing his election would lead to further Russian abuses of Interpol’s red notice system to go after political opponents.

Mr Prokopchuk is a general in the Russian Interior Ministry and serves as an Interpol vice president.

Mr Kim’s win means he secured at least two-thirds of votes cast at Interpol’s general assembly in Dubai on Wednesday.

He will serve until 2020, completing the four-year mandate of his predecessor, Mr Meng.

Mr Kim, a police official in South Korea, was serving as interim president after Mr Meng’s departure from the post and was senior vice president at Interpol.

Based in the French city of Lyon, Interpol is best known for issuing “red notices” that identify a suspect pursued by another country, effectively putting them on the world’s “most-wanted” list.

Russia accused critics of running a “campaign to discredit” Mr Prokopchuk, calling him a respected professional.

The White House came out on Tuesday against the election of Mr Prokopchuk, with National Security Council spokesman Garrett Marquis saying “the Russian government abuses Interpol’s processes to harass its political opponents.” He said the US ”strongly endorses” Mr Kim.

The US secretary of state, Mike Pompeo, said Washington encourages all nations and organisations that are part of Interpol to choose a leader with credibility and integrity that reflects one of the world’s most critical law enforcement bodies.

“We believe Mr Kim will be just that,” he said.